The Lion in Londolozi 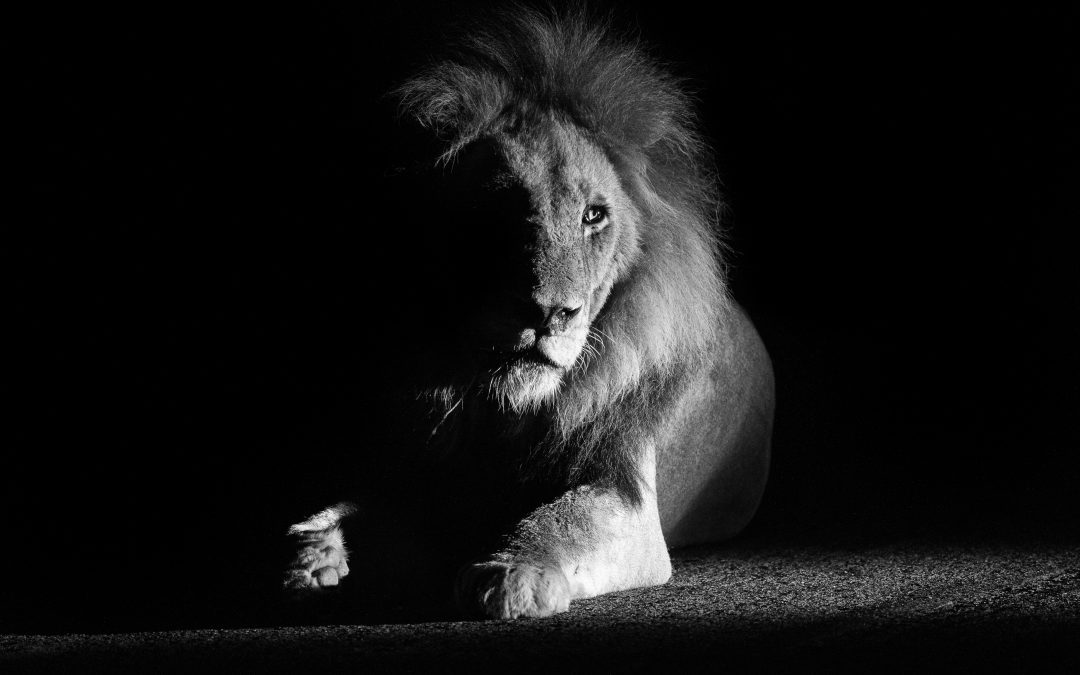 Elmon Mhlongo, our tracker, was tracking this lion in the dense bush of Londolozi at dusk, unsuccessfully. We abandoned our search and instead stoped in a great location for a sundowner with traditional G&T. a sudden roaring in the far distance interrupted us. Elmon response was immediate: “He is over the hill, 3km in this direction”. By that time it was dark. A winding road and 3km further and we nearly rolled over this male lion. We could now admire his presence. He was heading towards the air strip on the hill tops. From there he could roared to call for his pride. I can still feel the sound vibrating through my bones. I captured this photograph thanks to Jess who lit the lion with a torch from the side.