I heard that if you spend two nights at Londolozi game reserve in Sabi Sands, South Africa, you will see leopards. I was skeptical, leopards are elusive cats. I was stunned when we encountered a female leopard with its recent catch of the day, an adult impala she brought up the tree. Hyenas were hoping the carcasse would fall down. Her babies were discreetly hiding in the bush. The hyenas got bored and left leaving the room for a nice play time for two 4-5 months old cubs. A sudden noise disturbed them, each left the scene in their own direction with the young male finding refuge on this dead Jacalberry tree. 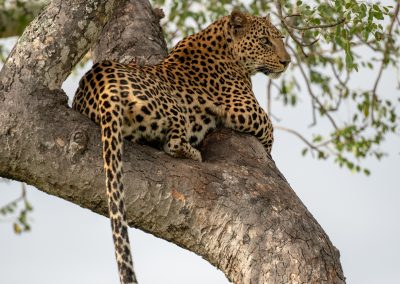 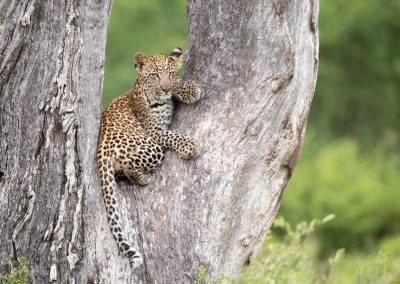 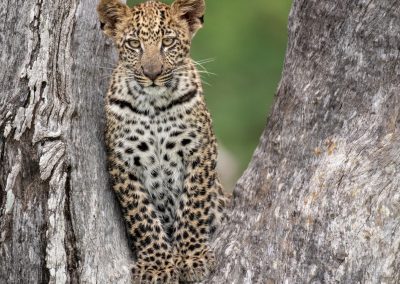 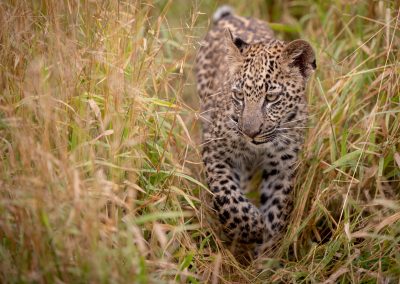 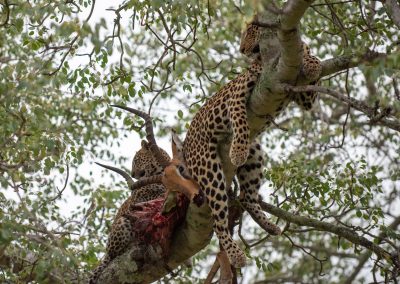