The great migration in the Serengeti/Mara region is certainly one of the greateast natural spectacle that one can see. Most favour the famous Mara Crossing when thousands of wildebeests cross the Mara river at once, into Kenya. Although I attempted to see this from the Serengeti at the end of August, I was rewarded by seeing thousands migrating through the Northern hills on their way to their favourite crossing. But even better, my guide Kinkuri told me that the best time to vosit the Serengeti is during the rainy season in the Southern plains of the Serengeti, where the Wildebeests, grouped by the hundred of thousands, give birth to their calves at an amazing pace of around 8,000 per day, during a few weeks in February. 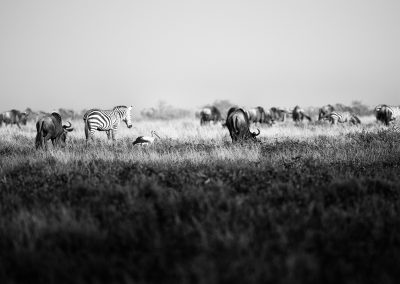 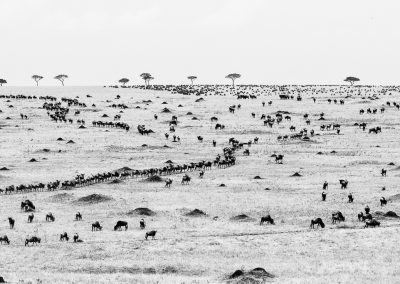 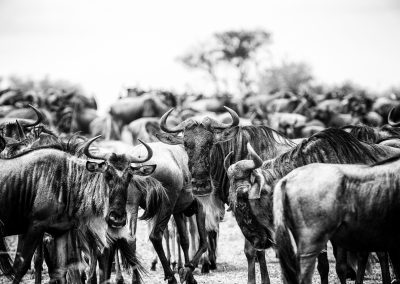 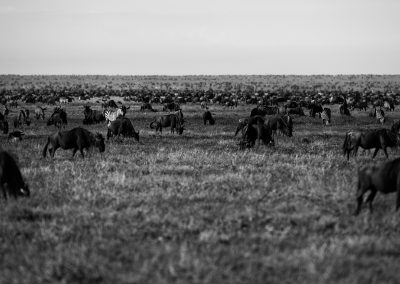 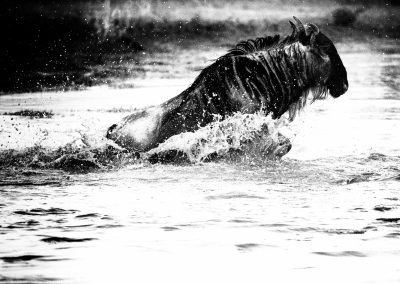 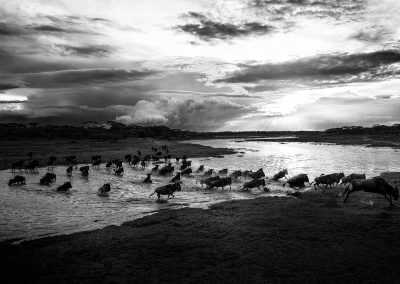 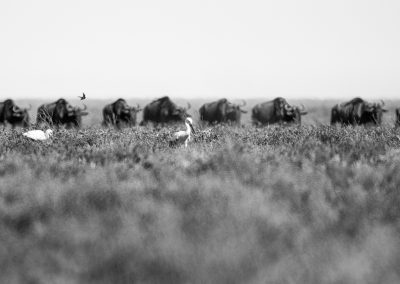 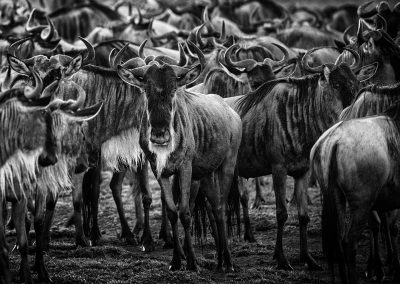 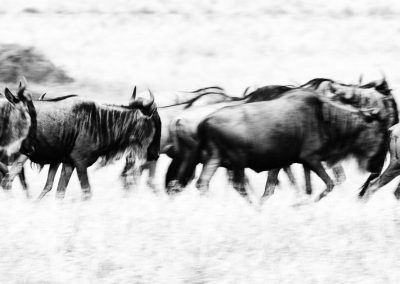 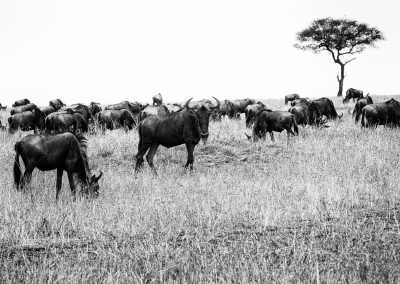 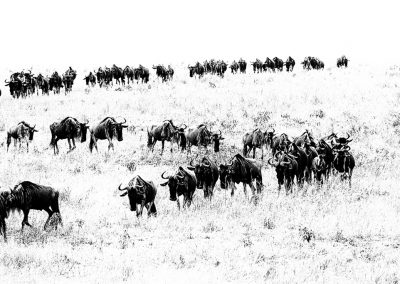 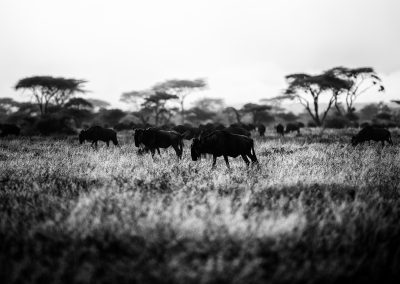